Client at a work party on private remote property in coastal Ventura County. Client's boss, after a night of heavy drinking, drove away from party on a dirt road, and client watched as headlights disappeared as boss drove off dirt road into a ravine. Client got in his truck and drove to accident site, hiked down to boss, called 911, and awaited arrival of Sheriff's rescue team to airlift his boss. Client then hiked out of the ravine where he encountered Ventura law enforcement. Client admitted to driving and smelled of alcohol, and was arrested for DUI. His breath test results were above the legal limit on a breath machine that was in full compliance with required testing procedures. DMV moved to suspend his license and DUI charges were filed by the Ventura District Attorney. 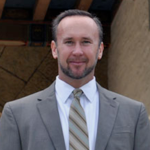 I am a Ventura DUI Attorney, focused on helping those who have been arrested in and around Ventura County. I grew up in Thousand Oaks and graduated from Westlake High School in 1992. Prior to becoming one of the area's top DUI attorneys, I worked as a Ventura DUI prosecutor, where I was trained by the notoriously harsh Ventura County District Attorney's Office, and certified in Standardized Field Sobriety Tests by the Ventura County Sheriff's Department.  I have cultivated relationships with prosecutors, judges and court staff, as well as a plethora of other agencies, and use my thorough understanding of how the government prosecutes and adjudicates DUI cases to achieve excellent results for my clients.

Thank you for contacting us. We will get back to you shortly.

Please complete all required fields below.